The lost plane of Igladran

Djayhero
June 2018 edited June 2018 in Custom Card Sets
Welcome to the once lost plane of Igladran. for many hundreds of years this plane remained hidden from the multiverse due to a powerful artifact left by an unknown wizard, who also left it to be guarded by a powerful beast. 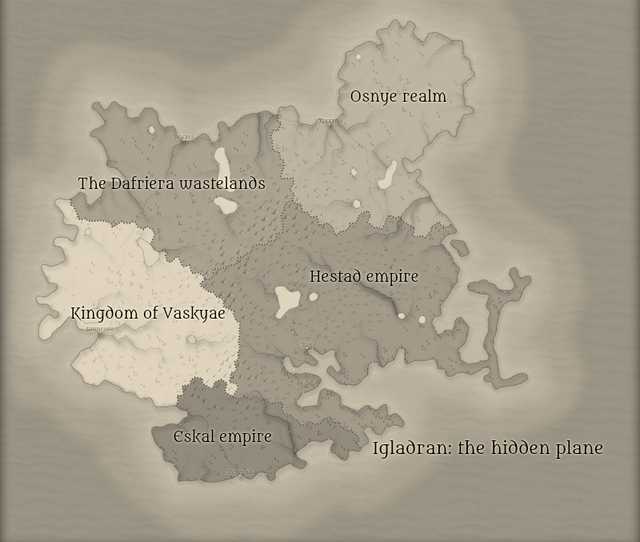 And many forgot the legends and life went on, then one day a group of scholars received a map from a man who claimed his father was a planeswalker, he said his father had been born on the lost plane. For the next few centuries both clever and dence planeswalkers tryed to find the plane of Igladran with no success, until one day an old planeswalkers was in his laboratory working tirelessly on a spell to bring him to the legendary plane. but this was no simple spell, he had spent years of his life testing, studying, and perfecting this spell. He only had one chance, if he failed now he would have to wait a long time to try again. In the end he was successful and was able to planeswalk into Igladran and had qiute interesting adventures during his time there and finally found and destroyed the ancient artifact opening the plane up to the multiverse once again.

A few months later the old planeswalker returned home, he was quite excited to tell the other scholars about the many adventures he had be on during his time in Igladran.

He spoke of the powerful Hestad Empire and thier brutal warriors, they did not live in large citys like most folk, rather they perfered the jagged mountan sides and lush forests of their territory they lived in small villages yet they had many large army's always ready to strike wherever their people needed them. {r/g}

Edited:
The osnye realm was a strange and unsettling place its swamps and lakes made it difficult to traverse in. During the old mans time here visiting the small village's here and exploring the lands he always had an erie feeling that someone or worse, something was watching him. {u/b}

Though most places here seemed strange to him the kingdom of Vaskyae seemed quite familiar to him, it was a kingdom created in honor of an angel who came to a civilization not unlike the Hestad or the osnye. in their time of need as their borders shrunk she came to them and fought off the attackers then brought order and law to the Vaskyae, soon after she left they built a grand kingdom and still stand to this day. {u/w}

He remembered how curious he was when he had seen the Eskal empire, a powerful force lead my a council of powerful wizards and mages, yet still their fury shawn through their civil demeanor they worked spells into beasts and fused other beasts together to create much more powerful creatures. By the end of his stay there he was most uncomfortable.{g/u}

And finaly he spoke of the wastes of Dafriera. a vast swamp land and large crages, it was clear this land had been corrupted long ago, some of the hestad warriors told him of when most of this land was still part of their territory, it had been full of lush forests and a few of their shrines, long destroyed now by the necromancers and barbarians that inhabit this place now. This was the most dangerous part of his journey he could remember, besides fighting the great beast guardian that is. {b/r} And finally after his long journey the old wizard fought alongside two of his new companions and slew the beast then was able to destroy the old artifact and bring his journey to a close, he said his goodbyes and returned home intending to vist again very soon.