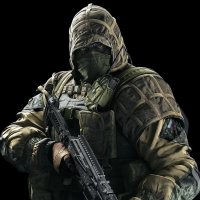 Abu_Jafar
June 2020 in Contests and Challenges
Greetings and salutations! Welcome to my 3rd contest! This months challenge is a bit of a weird one, so lets get started!

Have you ever tried to assemble something from IKEA? then you know what it's like trying to read the instructions. The wording they use for everything is weird and it seems like it has been translated through 20 different languages. A more
well-known example (?) is the people on youtube who take song lyrics, run them through all the languages on google translate, then put it back into English and have google say them. They always turn out hilarious and I think it would be funny trying to do this for magic cards.

How this will work: You have to create a legendary creature that has at least two abilities (one word abilities don't count.) and then translate it through at least 10 different languages on google translate (Preferably more). After that post the original card then the translated one here. So, to sum up the idea...

Create a legendary creature with two or more abilities

Translate the creatures text (Minus the artist credit), then re-create the card with the translated text.

Prizes to be determined, this will end on the last day of June.