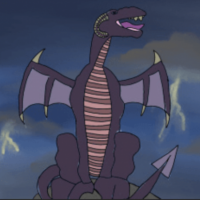 Happy Easter and April Fools! I made this contest because I like pranks and it is my birthday.

Your challenge is to make a Trap card.