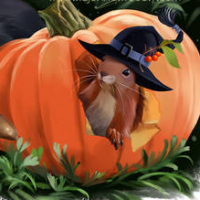 Corwinnn
March 2020 edited April 2020 in Contests and Challenges
As @East2West pointed out in her expose on Villains in Magic article, Black has an abundance of Legendary Villains, and the other colors are seriously lacking in the Villiany department.

In this challenge we want you to make NEW Legendary Villains that have NO BLACK in their color identity!

East2West highlights that all the other colors have villainous traits within them.

White cares only about the good of the many, it sees the laws as absolute and unbending.

Blue is logical, it doesn't see emotions or personal conflicts as important.

Red is chaotic and destructive, the consequences of its actions don't matter as long as it's having fun

Green wants to reclaim society. Tearing down all facets of civilization without caring about casualties.

It's up to you to bring these NEW Villains to life!!

You may enter up to FOUR New cards!