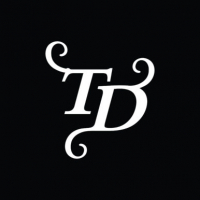 You slip the letter in your pocket and head for Llanowar.
_ _ _ _ _ _ _ _ _ _ _ _ _ _ _ _ _ _ _ _ _ _ _ _ _ _ _ _ _ _ _ _  _ _ _ _ _ _ _
Ok, ok. Enough of the prologue and more of the big idea. The idea is, you are a retired warrior in a time of crisis, and you receive a letter from Llanowar. Llanowar is being attacked by psychotic withered demons and dragons and ogres and orcs blah blah blah. You go to Llanowar with your fellow warriors {the other participants} and find out what the fuss is about. Your quest is defeating the head demons and recreating the woods. But, to do that, you have to go through three different stages of elvish-demonic warfare. At the end of each stage, I will hand out prizes (see below) to the "winners"(sort of). There are different types of hero and different prizes for those types. The types are-
Champion.
Hero.
Messiah.
Winner.
Saviour.
See below for the prizes you may win.  Anyway, these are the three stages-

Stage 1-The trees are crying.
It is the beginning of the siege and the demons have noticed you are there. Inspired by your efforts, the elves are starting to fight back as well. All this causes nature to become upset and punishing any beings that cross their path.

Prize details-The prizes will be handed out to most members who have participated, and the only people who won't get prizes are the members who have failed more than 50% of their missions. (which isn't likely)

Stage 2-Demonic sacrifices.
The demons are starting to get angry that Llanowar hasn't surrendered yet, so they begin to make sacrifices of the elves. Many chiefs start to surrender, so you and the loyal elves have to fight the demons on your own.

Prize details-At the end of this stage, only a few participants get prizes. The participants who save elvish lives, defeat a main enemy[see below] and complete more than 70% of their challenges. That may sound easy but it's not, especially the second one.

Stage 3-The Pretender.
Your enemy, Shaldo, Demonic Trickster (see below) pretends to be an elf and wipes the remaining elves on your side. Now it's up to you to savwar.

Prize details-At the end of this stage, the participants will be given their ratings. (see above) There will be two messiahs, four saviours and the others are random. The two messiahs will be awarded Booster Boxes (see above) ant the saviours will be given a pack and a premium version of a card of your choice that I made. [premium cards can be used in the next season]
Your main enemies are-

Known for mindlessly and cruelly killing.

Known for taking control of minds and then forcing the victim to kill/destroy nature and enemies.

These are the prizes you may win while participating-
Reward packs
Possible contents-
Favourites. Guaranteed win on next stage. Follows.
Reward box
Contents-
Six reward packs. [see above]
A premium version of an enemy. [Premium cards can be used on your side in the next season)
Challenge prizes [prizes you win from completing set or option challenges.]-
Set win on the next challenge.
Favourites.
[Note: Not every challenge has prizes; 64% chance of a prize in set and options challenges. {and only in set and options}]
Join here: https://forums.mtgcardsmith.com/profile/TheDukeOfPork [the top comment{hopefully}] and ask me questions in the same place.

Please enter: This can only function with 10 or over members to function.

Hope you have fun and have a great day!

(Boy, that took a while to write)