SpellPiper2213
January 2 edited January 4 in Contests and Challenges
Hello, everyone. This is a contest about creating cards based on existing legendaries, but shifted to another color and timeline, a la the two cycles from Planar Chaos and the khans from Tarkir (since Tarkir has two timelines and the khans are partially colorshifted between each, I'm counting them).

Judging will ideally take place starting on February 1st. The first place winner will get seven favorites and a follow, the second place will get five favorites, and the third place will get three favorites. If there are enough entries, the runners-up will get a favorite each. 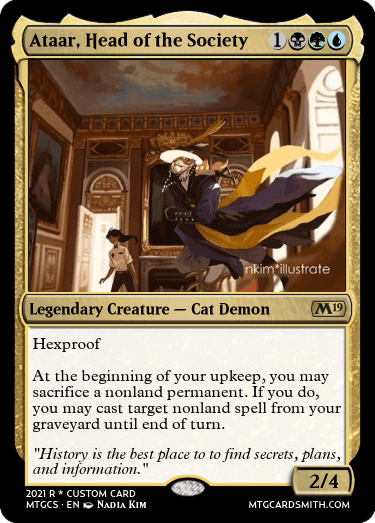 In his original timeline, Ataar is the head of a private historical society, hidden behind several illusions to keep his true identity secret. His ultimate plan is to take control of his home city's ruling council using agents from his society and the secrets he has learned in the city-state's grand library regarding the city. 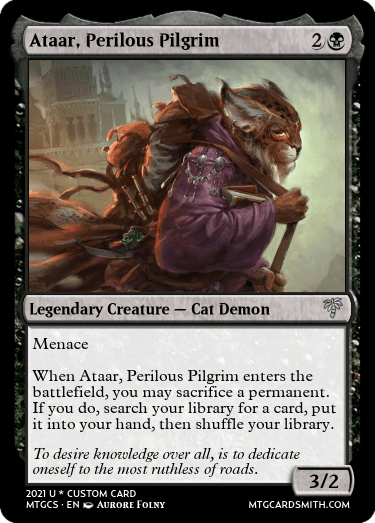 In another timeline, Ataar is a field researcher for the House of the Two-Moons, a state-sponsored religious and educational society secretly attempting to summon its mysterious god. Ataar explores ancient ruins, sacred tombs, and lost labyrinths in the pursuit of arcane knowledge. (Thanks to @Rayne-Lord for letting me use his card.)

Here's a link to the previous contest I ran:   https://forums.mtgcardsmith.com/discussion/5540/alternate-timeline