ImBadAtBalancing
June 2016 edited June 2016 in Custom Card Sets
ADVERSARY is set on Isou, a plane with an ancient order of how everything is to be done, and how everything is to be achieved. Dark powers are forbidden, and judged by trial. Those forgiven for their dark acts become the Oathsworn, servants to the people of the Domain, the main capital and lay their lives to protect any and all threats that would attempt to come down upon their home by taking the Vow of the Oathsworn itself. Those who are tempted by the Dark acts and have been found guilty to these acts are the Outcasts, once-citizens sent outside the Domain with a set of supplies and blessing to stay safe, though they have stirred, recovering ancient powers and begin to plot against the Domain by inhabiting the Westwood, the natural lands immersed by the natural forces of the plane itself. Those who began this order and eternal cycle are the Djinn, a peculiar race with a speciality in delivering verdicts to all without bias. As citizens of the Domain, Isouans have developed a culture found through stories and performances. Though this has built pride among the many, they all see themselves as actors in an even greater play, dawning masks made of what is to be their destinies and stories. 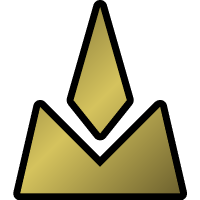 I made this thread in hopes to see what you can come up with using Isou's mechanics and world.

Note: The 'blue' mechanic has not been decided yet, so I'll post it with some details later on, but I'd love to see what you come up with and with your permission, include some of them in the set!