Cardholm- A world of cards 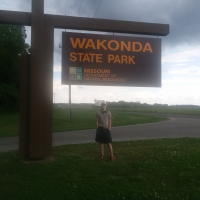 Bowler218
July 2019 in Custom Card Sets
Cardholm is a world where all magic is channeled through cards, specifically in a game where mages duel each other to decide battles and wars which constantly rage through the continent.

This will be a faction-matters set consisting of five two-colored ally factions:
W/U: Creatures with their own mini-decks, so like "When this ETB's, search through your deck for X (Card Type) cards and exile them under this face down. You may play the top one for it's mana cost."
U/B: Messing with decks, main deck, creature decks (which are in all factions, just mainly in W/U), exile decks, removed from game if your into that. No deck is safe
B/R: Direct Damage into go wide into full on aggro, the secondary decks are mostly tutors for mana fixes and creatures
R/G: Supporting aggro, where you attack in the first two or three turns and then just be by yourself until you have a big boardstate, then all in. Repeat.
G/W: Sit back, boost everything, and play full on defense until it's just you, your creatures, and a mana-flooded opponent.

I'm going to need help with a card skeleton, art (Defiantly art!) and the story. This is very much just an idea that would be funny to play with. Also, I want the thing to be as meta as possible, with 4th wall breaking jokes about mistakes Wizards has made being in the flavor text. This is hopefully going to be borderline-Un and helplessly comical.