Xero0
March 2020 in Contests and Challenges
Have you ever wanted to make a plane and a set for that plane? 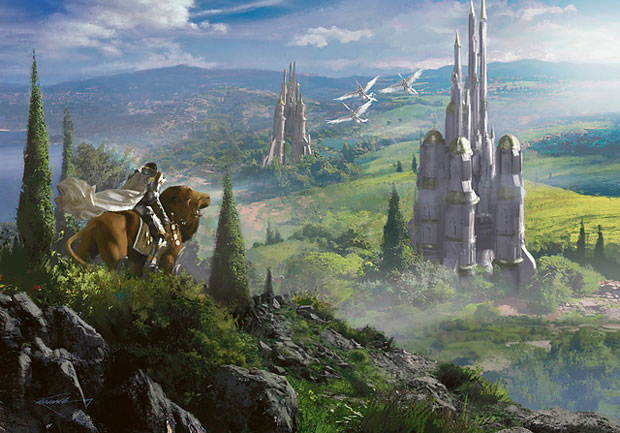 I know I have, and this will be something similar.

This will work in stages, each stage will have it's own winners and the number of winners can vary from stage to stage and even be different depending on how the individual stages develope.

Each stage will help build a different part of the world, and we'll be building it from the ground up, from it's inception and basic rules, to it's land, and all the intelligent species living in it.
We wont build a fully functional set, but we will build our own plane and many cards for it.

Each stage will ask you to make cards representing this things, some stages will have the winners be the ones who's cards will be the only ones that become "Cannon" for the plane (such as the one for making the factions), some will still have winners but will include more cards that become "Cannon" than those that win, those cards that dont win a stage but are considered cannon will get Honorable Mentions, in addition I may give Honorable Mentions in stages were only the winners are cannon, if that's the case I'll specify it once I announce the Winners of the stage.

As for how the stages will work: I'll be givving you all some base ideas and a challenge, and from those ideas you will make cards, add whatever you want as long as it's based round those ideas and doesnt contradict things that came in prior stages.

All stages will care greatly about flavor, but some will have more enphasis on other things such as mechanical coherence and balance. Some stages might take longer than others to complete and if someone asks for me to extend the deadline of a stage I'll likelly do so as long as it's just one or two days.

This will not be an elimination contest, anyone can submit entries for any stage, even if they didnt for some previous one; and each stage's winners will be rewarded in the same way I'll specify below.

The Rules:
The Prices:
In addition each entry made in MTGcardsmith will get a favorite from me and the Winners of each stage will get a Trophy! And their names mentioned in the Hall Of Fame!