Tournament of Champions 3 (The game has begun!)

I welcome you to the Tournament of Champions 3!


Choose your heroes that will enter the tournament where he, she, it or they shall fight to eliminate the chosen of others until only one is left standing, as the true champion or champions.
The heroes of the tournament will fight in stages and for each stage won, the victorious shall continue to the next stage stronger than before. Those that lose shall leave the tournament, willingly or forced.


This contest has been done and attempted before.
Earlier tournament of champions:
https://forums.mtgcardsmith.com/discussion/3287/tournament-of-champions-the-game-has-begun/p1


But this time much is different and something in particular.

Instructions:
- This is a contest of both card creation and a role-playing game. You will both make cards and write/play the role of the characters you make.


- After each victorious match, the cardsmith can choose to improve their hero by making a new stronger card for them with new artwork.
- Or the cardsmith can, if above is proven difficult, choose to add either an additional signature card or a companion card to emphasize growth.


- Cards must at best ability be made balanced. This is also true for the story of the characters.
- Cards can be changed or replaced before the deadline for the active stage.
- Old cards and characters may be used as long as they have not appeared in any of the earlier Tournament of champions.


[New] Signature and companion cards:
- Signature cards are cards that represents the heroes' abilities, spells, equipment or other utilities which they can use. This can also be memories, experiences and knowledge which the hero have achieved.
They are sorcery, instants, artifacts and enchantments.

- You can create multiple legendary creatures that will fight for you. You are no longer limited to a single hero.
An additional fighter will count as a companion card and follow the same restrictions.

You can also bring multiple heroes within the same card. This will allow you to bring even more than two heroes.
The limit of this is one of logic, so you can't bring an entire army just because it fits on a card.
(It's a character contest after all)


- The signature card and the companion card are limited to the same converted mana cost as the hero but they can be changed whenever you want while the hero card can only be changed if you choose that option.
(The option of not making a new card for the hero is just so that you are not limited by too little available artwork)

I want to give one example of what you can use this for.
At the start you can create a two-character card plus a mentor or servant as a companion card.
Then if you win the first stage you make a new card for the fighter with only one of the characters while you change the companion card to become the other character.

Your options are thus:
Hero + Hero(companion card) or Hero + signature or Hero + companion.
You can choose to only make a Hero card but that won't give you any significant benefits.

Draft period
The first two (or maybe three weeks if the time is required) is the period within which you create and submit your characters and cards. When this time has reached its deadline, the draft elimination will reduce the number to a amount fit-for-tournament. With other words, the 8, 16 or 32 best teams will be chosen.  If the amount of teams is less and we are already at three weeks, there won't be a tournament at all.
This is also the best time to ask questions.

Post- First stage:
The winners will be given a minimum of one week to upgrade their hero and/or make or change their signature/companion cards. Extra time may be given if the need is justified. This will continue in a similar pattern until the last 2 heroes remain. Some special rules will occur then but more about that then.

Third stage: 7 (An additional signature/companion card will be allowed)

This limits are both for the fighter themselves and the signature/companion cards.
So signature cards and companion cards can be of higher converted mana cost than their hero.
By the options above, you can, if you want, end up having a team of five different heroes if you choose not to upgrade your main hero.

Example hero (made by @TenebrisNemo) 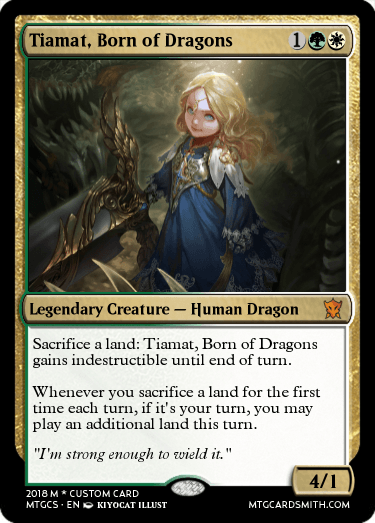 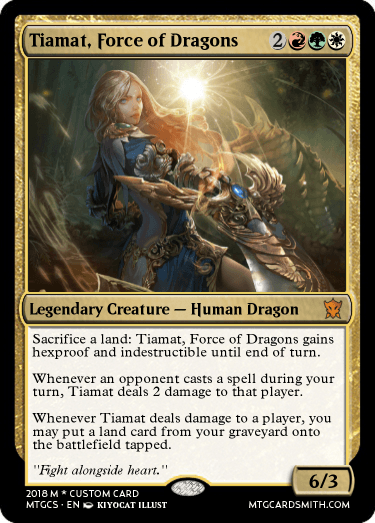 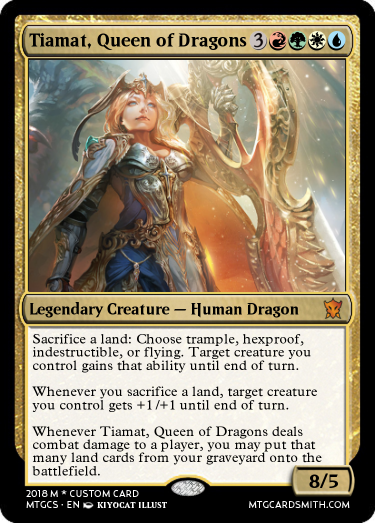