Just Looking For Thoughts On a Deck I Made For Modern 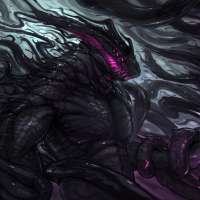 What I wanted to do is ramp into huge creatures that will own the battlefield, while simultaneously draining my opponents life, gaining life, and keeping my opponents at bay, all in a mono-black deck.