SPyBondPlays
February 22 in Custom Card Discussion
I listen to the Drive to Work podcast by Mark Rosewater, the head designer of Magic, a lot, and he says a lot of lessons about designing. This is a interesting example that I have found. Take this card from Magic 2012: 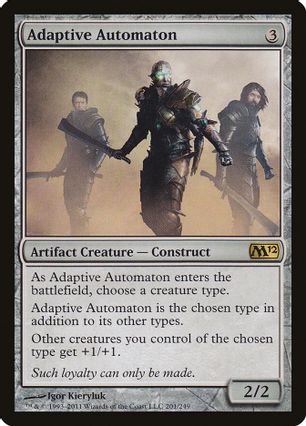 It's an artifact lord for the creature type of your choice. Interesting right? Well I had the same idea, before I saw that card and made this card: 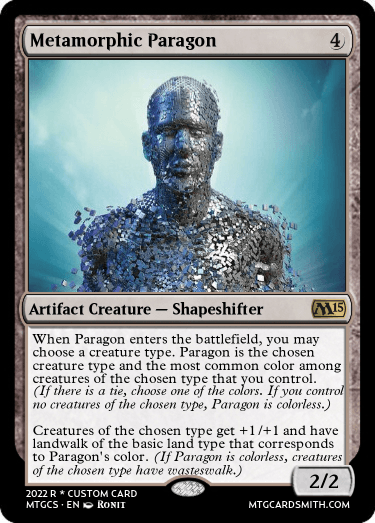 These cards are both very similar and have similar effects. There is a key difference however. The WotC one is a lot more simple and elegant. It doesn't change its color, or make itself not a construct/shapeshifter, or give the creature's that it effects landwalk of the "basic land type that corresponds to its color" (which I'm not even sure works within the rules to be honest). This is something that Mark Rosewater has talked about. New/novice designers, like me, want to put everything into their design. They want to do things to show that they can, like doing this variable landwalk thing that Magic has never done before.

I just thought that this was interesting, and kinda shows the difference between amateur and more advanced designers.