Need help with incant, magecraft for instants and sorceries. 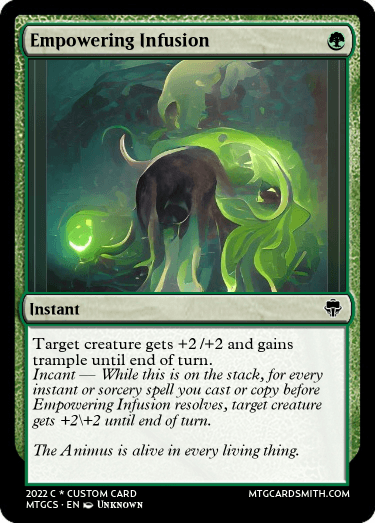 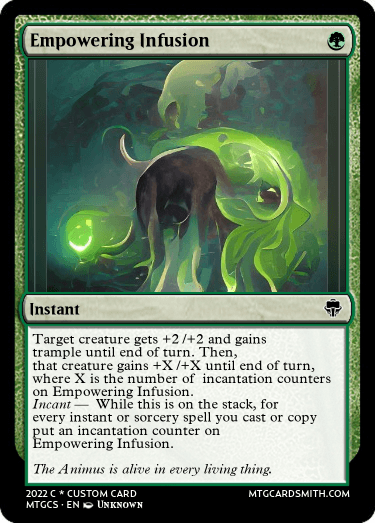 I need some help with a mechanic. Which version of incant works better? The one with counters is weirder, but perhaps easier to understand and keep track of. The other version puts a bunch of triggers on the stack, and can target multiple creatures because of it, so these two spells are not functionally identical, but it’s the incant mechanic I’m stuck on.