Villains with a touch of white (Closed) 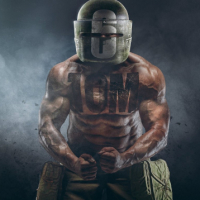 LordTachanka123
May 2020 edited June 2020 in Contests and Challenges
Halo!
I'm guessing you can tell where the name is from, and that's exactly what this challenge is. So, the rules are basically the same as that challenge, "Heros with a touch of black", except with white villains.
I'll post more rules later, good luck!