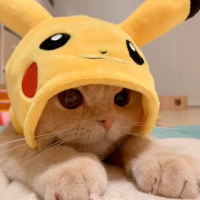 WarriorCatInAhat
February 4 edited February 7 in Just for Fun Contests
this is my first contest, so don't kill me if I screw something up please.

so pretty simple: you make a spy card
when I say spy, I don't mean only the creature type; by spy I mean spies, rogues, assassins, thieves, and just sneaky boys in general.

although it needs to have this mechanic
infiltrate: as long as this creature is under control of a player other than it's owner, ________

it's like undergrowth or landfall, where the effect varies but the cause is the same
also, it has to have an ability that places it under an opponents control, so infiltrate isn't almost useless
the deadline is febuary 20th, and I will judge the cards then. or a day or two late maybe.

example of the mechanic just because
infiltrate: as long as this creature is under control of a player other than it's owner, it's owner can look at the controller's hand at any point during the game

so go on, make some spies/rogues/whatever. or don't, it's your choice.