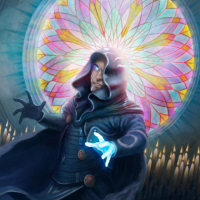 Revan
May 2019 in Contests and Challenges
Hello and welcome to my 7th contest.
It is the Medieval era. Countries vie for favor with the Pope and seek to gain an advantage over their neighbors. Knights of many colors abound.

Goal:
You are a lord of mighty England. You must create the best Knights to protect your domain. The best 5 knights will be given the honor of serving directly under his lordship King Richard the Lion Hearted, who will reward their lord richly.

Rules:
Cards must be Knight creatures. It is preferable that they be human, though they may be any species you wish.
If possible, make at least four different rarities.
All colors of the pie will be accepted.
Limit of 10 entries.