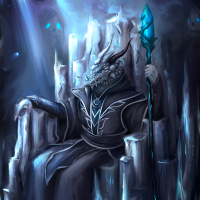 dragonbornletter
July 30 edited 1:58PM in Contests and Challenges
I'm impatient, so even though I've only had 10 responses to my custom poll that I shared, I will consider that enough to say I can tell whether or not to do this. Spoiler: I can.

-Make up to 5 cards that have something to do with a D&D adventure you are part of. (Creatures or Planeswalkers = Players or Villians, Enchantments = Story, etc.)

-When you do, you may list a couple of potential card ideas that you could have used for the first part.

-If you do not play D&D, you can make cards out of other peoples' listed ideas.

2nd place - 8 likes of their choice

3rd place - 6 likes of their choice

In addition, the top three will get a spot in the HALL OF FAME.