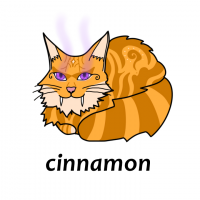 Tommia
October 2020 edited November 2020 in Sagas
It's been two long, miserable, bone chilling months. The righteous have turned against the populace as the god everyone learned to know and love has been revealed to be the very demon they sought to destroy. Those clerics that have remained faithful now wield their twisted scepters against the populace, coming to a mutual agreement that in order for righteous order to be imposed, all who oppose the gods must die. Angels and demons have banded together to face their makers. The sun no longer shines, replaced with a red moon that grows brighter and ever closer with each passing day, and astrologists have determined it is on a collision course with the plane, estimated to arrive just after year's end. Ravenous werebeasts are growing tremendously in numbers and in power, moving like a hivemind to take over the land, and vampire cults are growing over...

All hell has broken loose, but even in our darkest hour, there lies beacons of hope among us... Triskaidians, incredibly talented individuals that have been scarred by the tragedies of this world, but lived to tell the tale. However, some use this incredible power to their own ends. Whichever happens is up to you, for you are a Triskaidian...

Maybe it was the death of friend or family, an inspiring act, or just sheer personal pursuit that led you to this decision, but you've decided to go on an adventure. It could be to face the gods, or support them, or just to shed some blood. Whatever tickles your fancy, it's time to begin your journey through a realm where the gods are evil, and basically everyone wants to kill you...

For New Players, Players That Dropped Out and Wish to Return, or Players Who Want to Switch Characters: