mmm3creator
April 2021 edited April 2021 in Contests and Challenges
I like the Easter Egg challenge, and though of a aw we could use it year round.

I know that I and others like putting "Easter-Egg" references into cards. Giving a nod of the head to their inspiration or connecting them to pop culture a la MST3K. But I never know if anyone you know, actually "gets" or appreciates it.

So, why not make a game of it? In the same way you use the extra text for an EE challenge, put it in the extra text that does not show in the card. It puts a spotlight to say something extra is going on in the card without promoting it elsewhere. As only those who bother to click on the card and look at it will ever see it.

I propose a default prize of the first person who figures out them all get a favorite on a card of their choice.

I'll start the ball rolling (pun and clue intended) with: 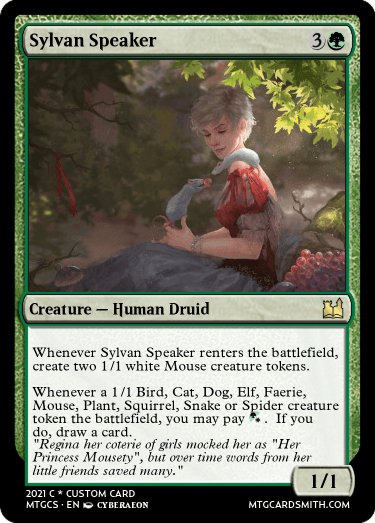