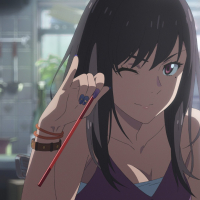 YouFoundJax
April 26 in Off-topic Chat
Alright so I'm making a fractal deck, I want advice on what to add. If you don't know what fractals are they are token creatures based off devotion and your cards in your library. This deck is based off of those creatures getting enchantments and drawing cards. Here's my list I made, let me know on what I could change or add.
Biomathematician: x4
Serpentine Curve: x4
Fractal Summoning: x4
Exponential Growth: x4
Body of Research: x4
Solve the Equation: x4
Colossificaton: x4
Memory Drain: x3
Eutropia the Twice-Favored: x3
Golden Ratio: x2
Eureka Moment: x2
Hydra’s Growth: x2
Devouring Tendrils: x2
Karok Wrangler: x2
Green Mana: x10
Blue Mana: x10