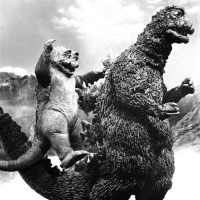 jpastor
December 2021 in Custom Card Discussion
Once a month, we'll honor 2-4 cardsmiths from the blog by pairing them up against each other in a duel deck format. Look for who we are actively honoring by scrolling up until you find my most recent post that looks extremely colorful. The post will be hard to miss. (For reference, see my first post in this thread.)

Everyone has until the end of each month to do any of the following things, whichever is your cup of tea:
You can use any cards you'd like to complete these decks: actual magic cards, cards you create, cards someone else has made, cards the featured cardsmith has made.

The purpose of this discussion is to encourage you to explore the works and creations of the featured cardsmith for that month and let everyone explore them openly.

Have fun. Show everyone what you come up with, and expect my excitement to be translated through some favorites! Occasional live discussions (twitch.tv/cryptocaillou)