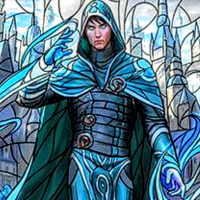 jaceberlin
January 12 edited January 13 in Contests and Challenges
Recently, I've had a certain video come through my YouTube feed, and decided to use it as inspiration for a contest.
The video in question was "the golden toilet awards" by The Commander's Quarter (amazing MTG channel) and can be seen here: 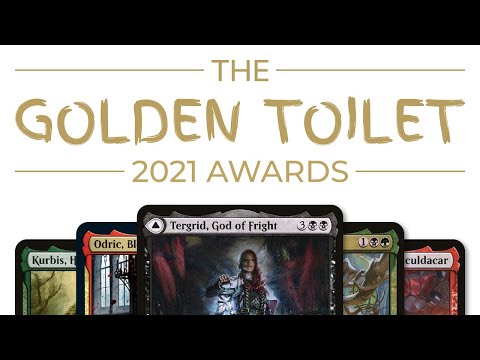 Now, while that video listed the worst legendary cards from 2021, that is by no means what this contest is (or it would be quite boring).
For this contest, I would like you to make cards using what are arguably the worst mechanics in MTG:
Cumulative Upkeep
Cumulative Upkeep <cost> (at the beginning of your upkeep, put an age counter on this permanent, then pay the cost for each age counter on this permanent or sacrifice it)

Buyback
Buyback <cost> (You may pay an additional <cost> as you play this spell, if you do, put this card into your hand as it resolves)

Ripple
Ripple <number> (When you play this spell, you may reveal the top <number> cards of your library. You may play any revealed cards with the same name as this card without paying their Mana cost. Put the rest on the bottom of your library)

Cipher
Cipher (Then you may exile this spell card encoded on a creature you control. Whenever that creature deals combat damage to a player, its controller may cast a copy of this card without paying its mana cost.)

Phasing
Phasing (This phases in or out before you untap during each of your untap steps. While it's phased out, it's treated as though it doesn't exist.)

Landhome
<Land Type>home (If defending player controls no <land type>, this creature cannot attack. If you control no [land type], bury this creature.)
(Note that mechanics like banding are not in this list simply because it's very hard to make good cards with them. Mechanics like cumulative upkeep, while considered bad, can still be used creatively.)

Posting:
Each person may post as many cards as they want, though each person may only win once. Each card must have at least one of the mechanics on the list above.

Rewards:
1st - 5 favorites
2nd - 4 favorites
3rd - 3 favorites
All cards entered to the contest are automatically favorited regardless of placement.