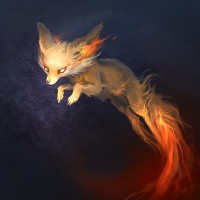 It's same as jpastor's Mystery Box Challenge, something is different...

When you asks for a mystery box, you MUST challenge another fellow opener before you and he/she can get a box. If you can't think of anyone to challenge, I will arrange one for you.

When your creature enters the battlefield, mana must be spent to increase BOTH power and toughness up to 7.

The mana cost is 4 total.
SubjectB!
You are creature destroyer!

You can only create red noncreature spell.

It must able destroy creature and this card is source of dealing damage.
Rule:
SubjectA can only create a colorless creature, however, he or she may have it become color once ability is either activated or triggered.

@SubjectA @SubjectB
I, myself, will judge the card based on color, ability, rarity, mana cost, the power/toughness, and balancing of the card.
I may will invite a nonplayer to judge how it have a impact on the battlefield as if it is real card.
And another player as tiebreaker.

Completing a box will earn you an item which you can use in later game. Beware, these can be only used once!

At end of each week, I will favorite a card of player's with most points.

Any questions? If not, then have fun smithing!

Additional Rules:
#1 As you challenge a new player, I will check with them to see if they wish to be in or out. This request will expire in a week. If it expires or is denied, he or she become unchallengable and you must find different one.