Koslen2
January 2019 edited January 2019 in Contests and Challenges
I'm starting a new full set on MTGCardsmith called Frostveil, along with another one I've started called Ultarin. The first custom ability I've chosen for Frostveil is Unbound. Examples and ability text will are here -

Unbound X (X: Put this creature onto the battlefield from your hand. Unbound only any time you could cast a sorcery.) 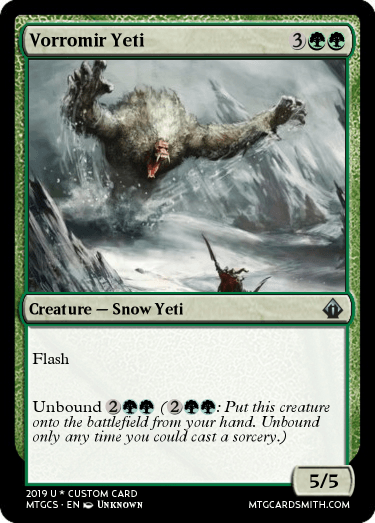 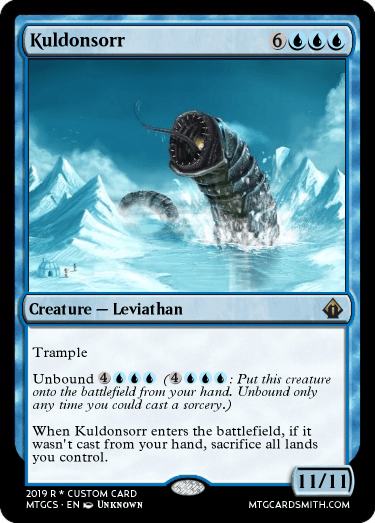 The rules of this contest are simple: make the most creative card with unbound that you can. Judging will be based on -


Prizes for the top three scores will be as follows -

Top placing competitors will go down only five places, so ties will receive the same reward. So, if two people tie for first, they will both get five favorites and a follow. More than two in a tie may result in a tiebreaker.

I hope to see some awesome cards for this contest, and I wish good luck to all participating!