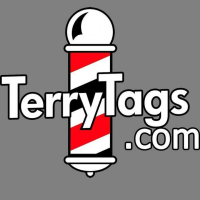 I have a mechanics question for you cardsmiths out there (and I'm sorry if I broke any protocols by posting a new discussion for this without asking this question in the appropriate thread).

I'm trying to envision a set of counter-based mechanics which are basically color variations on a +1/+1 counter that act differently based on who owns the creature it gets placed on.

Meaning, if you put one of these counters on your own creature, each one "just" gives your creature +1/+1.  But, if you choose to buff-up an opponent's creature with this flavored +1/+1 counter, then something eventually happens based on the color of that counter.
Below are some examples of what I was envisioning.  Also, I'm very open to feedback, so I'm not married to these arbitrary names of these counters, or to their exact effect.   I just wanted to get this idea out there.  With the new Ikoria counters that just came out this year, and the MANY cards which can do things with counters, I thought this might be a neat thought experiment. So here are some examples:
So, my question is: has this already been done?  Something where you buff up an opponent's creatures to their detriment?

Thanks in advance for any feedback or suggestions!