Lowlander
December 2018 edited December 2018 in Custom Card Discussion
Hi. I was making a Legendary land, and got caught in between two versions. I favor the first, as I believe the second's a bit too overboard, but'd like to hear other's thoughts on it. Other suggestions are also welcomed 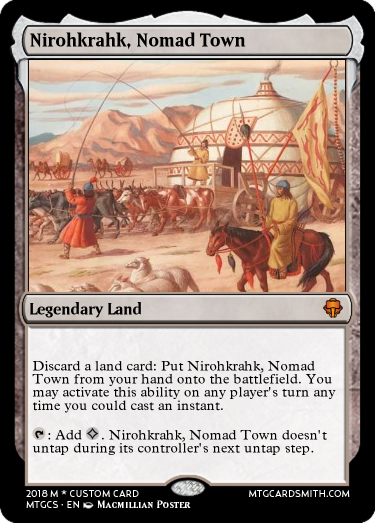 May be put on the battlefield at instant speed if you discard a land and enters untapped, but its mana-generation ability makes it not untap during your next turn. 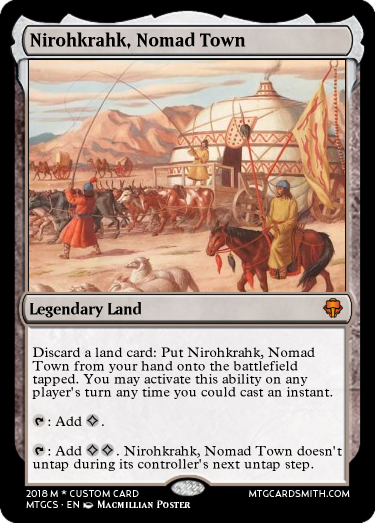 May be put on the battlefield at instant speed if you discard a land and may generate double the usual mana if you make it not untap during its next turn, but it enters tapped.

PS: You may only play land cards on your turn and etc. Putting them from your hand onto the battlefield on other times through a spell or ability is acceptable though (hence Swell of Growth).