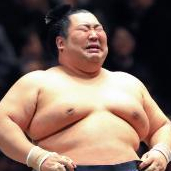 Rayne-Lord
February 2020 in Off-topic Chat
Magic for me has always been inextricably linked with world-building. I was first a D&D player and got into mtg later on.. When I build a deck, I've often looked at it as world-building in a sense, as art in a way. I would build a deck, and a story would start to manifest. Since that time, many of my world's that I've created have been inspired in some sense by Magic.

As many of us here are creating original characters, and I'm guessing that many of us are either building worlds around our cards, or are drawing from original worlds when making them, I thought it might be interesting to start a thread for those who are into the art of map-making, and also where we could discuss world-building in general.

This is pretty open-ended, feel free to post Maps, ideas, cards, and lets have some interesting creative discussion!
«12»