Worst Cards in the History of Histories *Custom Contest* 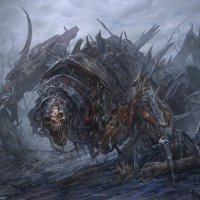 joemamajoe
June 20 edited June 30 in Contests and Challenges
Hi guys, today you will be creating a remake of one of the worst magic cards ever. I won't give you a list or countdown of the worst cards or anything, so you pick a card you think is one of the worst, and remake it so it is actually balanced.

The card with the most points wins. Points are judged on:

+2 overall flavor of the card

+7 how bad the card originally was

How Long will you have?

I will judge the contest on June 30th provided there
are more than 5 entries. If there aren't I will give it
till July 5th