Does everyone else love planeswalkers as much as I do? 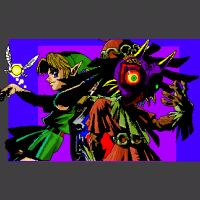 YoUei
April 19 in Just for Fun Contests
This is a little contest I'm setting up for fun just to see what kind of planeswalkers people have been creating. New mechanics are also great and encouraged, as long as it's described on the card or the comment. So, yeah, let's see what kind of cool ideas people came up with for planeswalkers!