GloomyAndSunny1_0_1
April 30 in Off-topic Chat
Campanions: Mtg format
Companions is a team based mtg format. With each player
taking up a role to win a war, with your companion, you can utilize
cards to support teamates and friendly creatures.
Each player can hold a minimum of 60 cards, to a max of 120 deck
for each team (that is if it's a 2v2, this can raise for each subformat)
a limit of 4 clones of a card, unless it is a basic land.
2v2 - 3v3 - 4v4
Roles:
General, Assassin, Defender, Support
Subtypes: General
1 Stratagist
2 Berserker
Assassin
1 Mercenary
2 Land destroyer
defender
1 Armorer
2 Builder
Support
1 Magician
2 Mechanic
3 necromancer
( 2v2, 3v3, and 4v4 allow more roles to be used. Each player must choose 1 role)
Role rules:
Support: They can not use offense based cards. But can aid team cards with spells
enchantments, or instants. Can only control weak creatures (this rule applys to all subtypes
of support subtypes)

Magician: heal players. You can sacrifice 2 life to add 1 life counter
to a team player once per turn. and boost damage for other creatures.

Mechanic: A artifact based role, used to give bonuses to artifact creatures. Or bring
back artifacts from the graveyard to battle or hand.

Necromance: Bring back creatures from life, sacrifice things, and build up armies for your team.

Defender: Use defensive spells to keep your teamates from dealing damage, use tough creatures
that deal little damage to block ect.

Armorer: Add toughness to creatures teamates control, give buffs to cards like hexproof

Builder: Use artifacts for construction, build large walls to defend from the enemy team.
(Defenders can not use cards that have lots of power, but can use ones with high toughness) 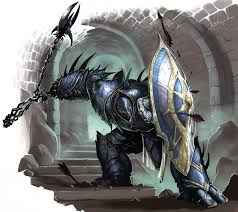 Assassin: uses creatures with low toughness but high power, uses instants that exicute
cards quickly. Has the access of abilities that let there creatures get past enemy lines such as
menace or fear. 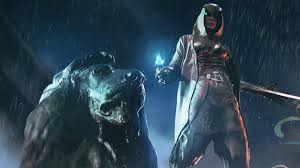 Thief: specialises by destroying resources such as lands, or stealing things from opponent
libraries.

General: Commands a balance between tough and powerful creatures. Uses minor spells and magic.
But has the best resources in forms of legendary lands. And is the main negotiator with
the enemy general to talk about peace treaties.

Strategist: Similar to a combo deck, the main goal of this deck is a steady rise with
a burst of power when playing cards to beat the enemy.

Berserker: Main goal is destroy everything in the path. And is mostly brute force creatures with
strength related abilities such as trample or indestructible.

Rules of roles and sub-roles apply to only them self. The main goal is to make a team related
format that gets each player an important role to aid in a fight.