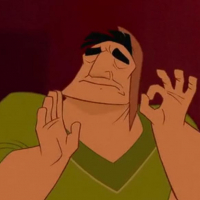 Ashdust
May 9 in Custom Card Sets
Asmordian is a large realm, and in the center is Asmodian City. The city used to be strong, but after losing a war against a rival city it was left in ruins. Now, 50 years after the war, there are five factions fighting to take the city. The factions have been preparing and scheming for years, but now open conflict is starting to break out. When war breaks out, and the factions are pitted against each other, who will be left in control?

Delona (W/U): Delona is a faction that pretends to be a beneficiary to the other guilds, lending supplies and making treaties and contracts. But in reality, they are the ones in control. They use these deals to blackmail the guilds and pit them against each other so they take each other out. Delona plans to pick up the pieces after the guilds are weak from conflict. Delona is prepared to play the long game, and wait out the coming storm.

Fellset (U/B): Fellset members are more often in other factions than their own, unbeknownst to the members of that faction. They plan on gaining as much information as possible and relaying the information to their headquarters. They take note of supplies and use the information to pinpoint each faction's weak spot. When conflict breaks out, the Fellset are prepared to take out the factions from the inside out.

Locksurr (B/R): Locksurr members are ruthless and unconcerned about the repercussions of their actions. They focus on building their numbers and then using dirty combat tactics to gain the upper hand. They sneak into other factions' headquarters and burn supplies, assassinate leaders, and take hostages. They intend to strongarm other factions and use this advantage to weaken their soldiers and potentially take over.

Resdin (R/G): Resdin is a faction that focuses less on strategy and more on brute force. They are constantly training and preparing their bodies for war, and Resdin members are usually physically imposing if not intimidating. They train in brawls and fighting matches, and in the face of open conflict, they plan to charge and use their force of will to outmuscle the other factions.

Falaya (G/W): Falaya is the only faction that is more or less peaceful. They don't want to fight against the other factions, they want to cooperate with them in order to ensure a strong community, and hope for Asmodian to unite once more, and become a whole out of its fractured pieces. It keeps mostly to itself but occasionally attempts to make peace with all of the factions. It serves as a support for other factions, and a peacekeeper for the city.