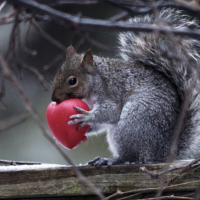 Corwinnn
January 2022 edited January 2022 in Contests and Challenges
Check out this month's new "Blog" and our Theme of the Month! You've probably already guessed it by now!
https://mtgcardsmith.com/blog/the-promise-of-a-new-day

Also take some time to shower our newest Featured Cardsmiths with Favorites!!
@Globert-the-Martian and JoeMerzl

As always, your entries for the Theme of the Month can be placed below, just be sure to supply a link to the card!!